Meerkat is now a name that is more than just synonymous to the Lion King’s Timon.  Meerkat is the name for a new live video-streaming app available in the Apple App Store. You may not have heard about it, but it has gathered a lot of attention within the first quarter of 2015.

Meerkat is a live video app compatible only for iOS (no Andorid version yet), which allows anyone to live stream a video with their iPad or iPhone. It is comparable to FaceTime, but the difference is that you are actually sending the live video for the world to see, instead of just sending it to only one person at a time.

When you turn on Meerkat’s video stream, the link to the video will automatically be tweeted and anyone can join and watch the video through the link provided. Meerkat reached a peak at its popularity in late February and is even included in the list of most popular social networking apps from App Store. 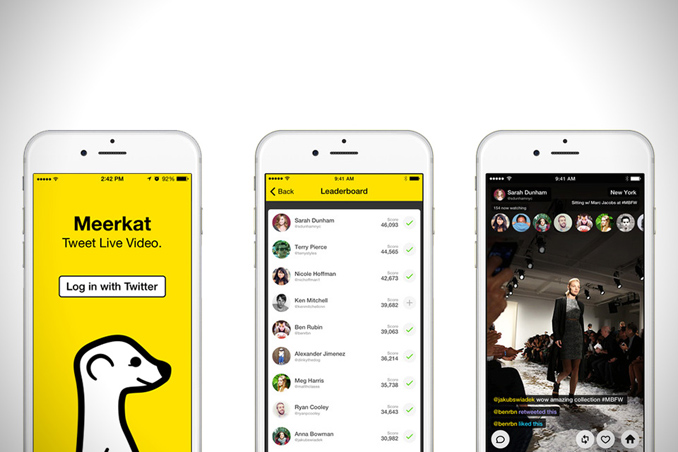 How Does Meerkat Work?

Meerkat is perfect, for example, if you have a band and you want to live stream a video of your performance or rehearsal and send the link out for your friends, followers or for anyone to see and discover you. Another creative use would be, if you want to let in people have a “backstage” view into your work or business. Not just that, you can stream your hangouts, your whereabouts (if you wish). Meerkat is the perfect app when you want people to see the artistic side of you live or have a live video engaging conversation.

However, Twitter may have killed its popularity and momentum. According to a report on Buzzfeed from Mat Honan, Twitter has removed the video app’s feature of importing social connection the social media platform. In other words, Meerkat cannot take a ride on the social buildup that you have had for years over Twitter.

Despite that, it doesn’t mean that Meerkat is unusable. People can still stream their videos and tweet about the video, but they won’t be immediately notified when friends are broadcasting a video.

Since Twitter has cutoff ties with the app, Meerkat developers are only hopeful about its continuing success. They simply relied on the fact that people will always want to tell their stories and with Meerkat, that desire to express themselves live is fulfilled.

The Rules on Meerkat

With the launch of a new video app, it is inevitable for people to talk about it in social media. Just some important things to remember about Meerkat are the following:

If you are fond of uploading videos, or better yet, you want people to see your videos live as you do your thing and engage, Meerkat can be the perfect app for you or your business. Of course, you just need an iPhone or iPad, the app and Twitter and you’re good to go!