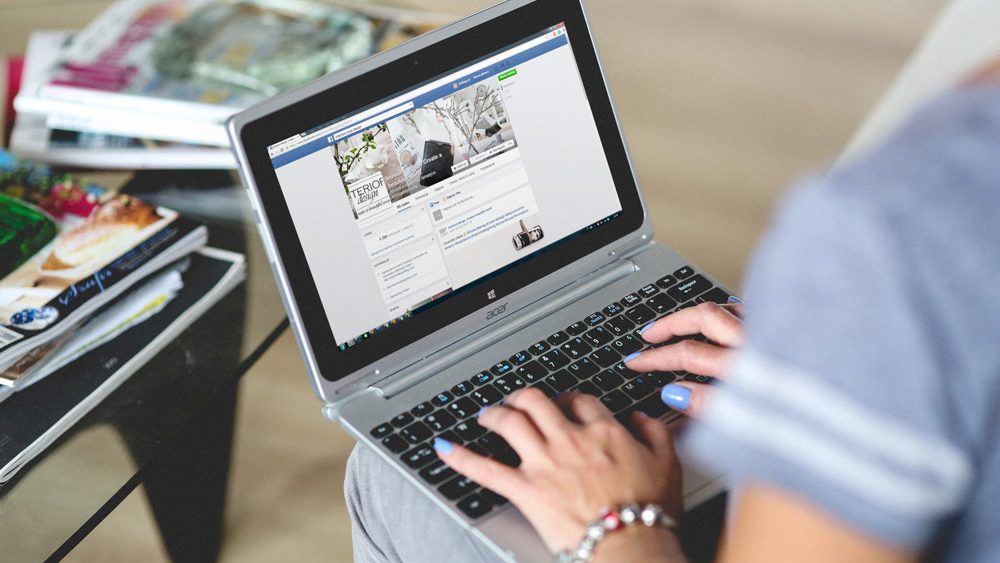 What’s included in the eBook?

In the lookbook, you’ll find real-life Facebook ad examples of:

These are the best Facebook ad examples out there, and are designed to inspire your next campaign as you put your own unique twists on these amazing ideas. The LeadPages created lookbook has Facebook ad examples from businesses of various sizes, shapes, and industries. 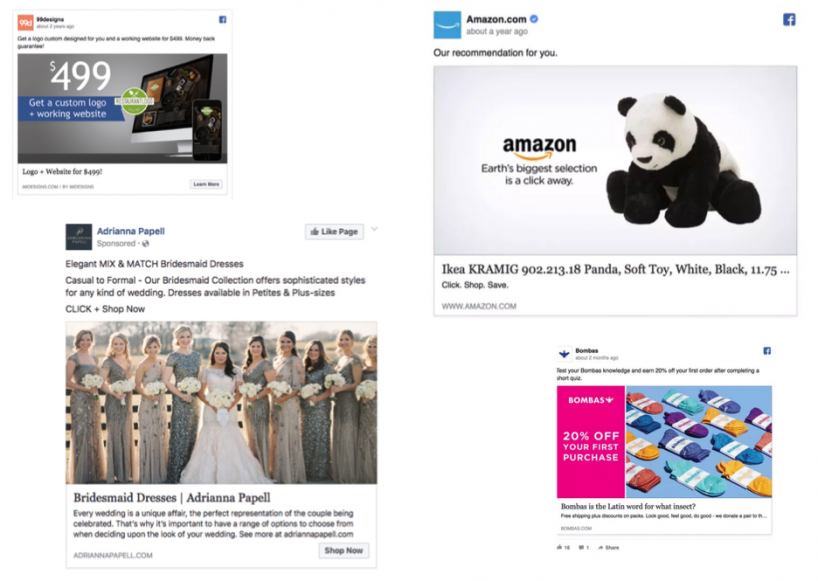 As we mentioned in the beginning, the user base of Facebook is staggeringly huge. As a result, the number of companies who are turning to social media marketing as their primary form of promotion is also becoming staggeringly huge. Luckily, many businesses do not know how to advertise effectively on Facebook, treating it like just another billboard or print ad in a magazine. This leaves marketing-savvy companies with an opportunity to break through and reach a large proportion of Facebook’s 1 billion users. These Facebook ad examples have been hand-selected by marketers as being the best Facebook ad examples they have found, so the lookbook can really help you to see what the best Facebook ads “look like”. 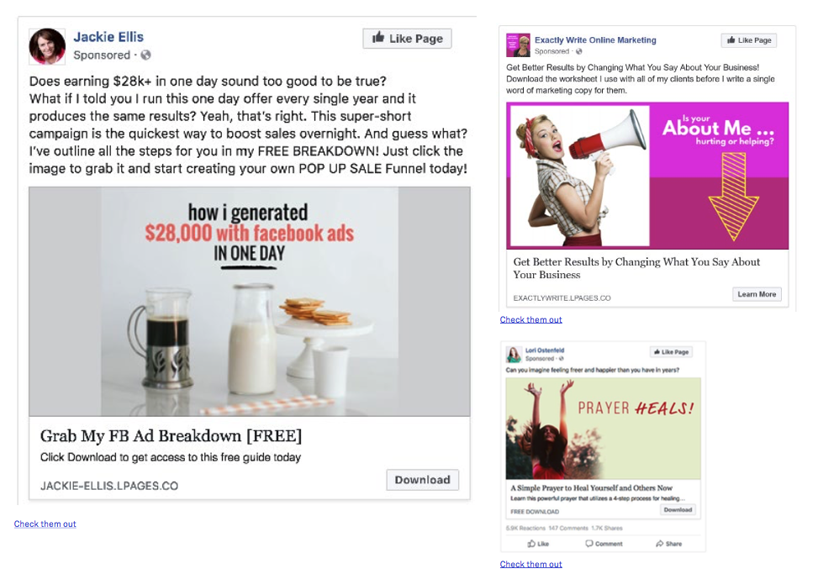 Facebook ads can be targeted towards certain demographics and audiences with certain tastes, which makes them very effective for niche marketing campaigns. However, this laser accuracy does not excuse a marketer from crafting a brilliant ad, as a subpar or uninteresting ad will still pass by a target market’s eyes without a second thought being given to it. Visually appealing and effective ads are essential for surviving on Facebook and the internet in general.

It is often said that the internet works on an economy of attention, and this is very much true for platforms such as Facebook. The best Facebook ad examples are attention-grabbing and visually striking, piquing the viewer’s interest immediately. The line between “clickbait” and “attention-grabbing ad” can be very fine, but the lookbook shows you the best Facebook ad examples which have managed to attract attention organically without being inflammatory or misleading.